We researched some of the early animation techniques used before the use of computers. There were many inventions and devices that fascinated people by seeming to merge images or make them appear  to move.We made thaumatropes, which is made with two disks, featuring a picture on each. With a picture on each side, string is then tied to the sides of the disks which are placed back to back. When the string is used to spin the pictures rapidly, the two images appear to merge into one. 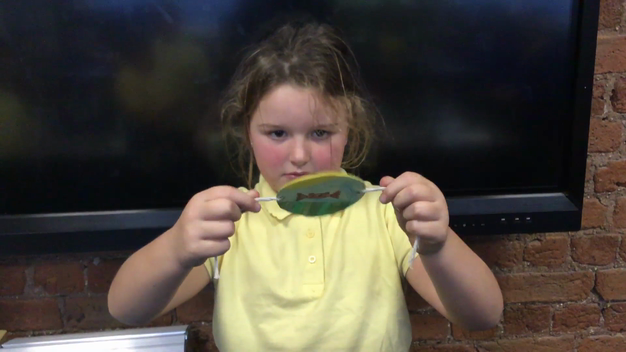